Past Executive Board Members

GPC remembers the service of previous officers at our past executive board members page. 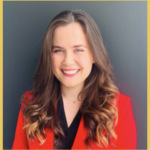 Tori Schafer is a 3L at the University of Missouri School of Law. Originally from Toledo, Ohio, Tori received her undergraduate degree from MU in 2018. While in undergrad, she served as the undergraduate student-body vice president and organized sexual assault awareness initiatives on campus and across the nation. Tori spent several semesters interning at the Missouri State Capitol and has held numerous campus voter registration drives. Tori currently serves as president of MU Law’s Student Bar Association and is a member of the Board of Advocates and the Women’s Law Association. 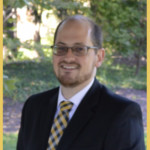 Jesse Wyatt is a doctoral candidate in the Department of Chemistry. Prior to attending Mizzou, he received his B.A. in Biochemistry from Blackburn College in 2010 and M.S. in Biological Sciences from the Southern Illinois University Edwardsville (SIUE) in 2012.  Originally from Illinois, he moved to Columbia to study structural biology with an emphasis on understanding the biochemistry of proteins and how that relates to structure and function. Jesse has previously served as a departmental representative to GPC, Vice President for the Graduate Student Association (GSA), and Regional Director for the South Central region of the National Association of Graduate and Professional Students (NAGPS). 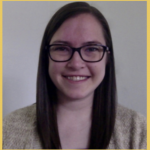 Amanda Hoffman is a doctoral student in the department of Educational, School, and Counseling Psychology, within the Educational Psychology program. Her research is focused on student-athletes, academic self-efficacy, and institutional belongingness. Amanda came to Columbia after completing a B.A. in Geography from Rutgers University – New Brunswick (NJ), a M.S. in Geography from The University of Alabama – Tuscaloosa, and a M.A.Ed. in Higher Education from Virginia Tech. She previously served as a departmental representative to GPC and the GPC Data Analyst. 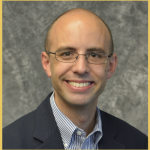 Wm. Bryan Paul is a doctoral candidate in the Department of Communication. His research generally focuses on political communication, with special emphasis in political leadership, campaigns, and polarization, as well as entertainment media and politics. He earned his master’s degree from Southern Utah University (M.A. Professional Communication) and his bachelor’s degree from Brigham Young University (B.A. Political Science, Philosophy Minor). In between degrees, Paul worked in public relations throughout the United States, and he frequently utilizes his PR acumen and skill set in his various university / community roles. In addition to his duties as GPC Secretary, Paul serves as a research associate for the Political Communication Institute (PCI) and as a graduate teaching assistant in his department. 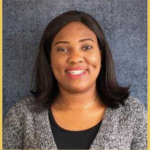 Ann Obadan is a doctoral student in the Harry S. Truman School of Public Affairs. Her research interest lies in education and immigration policy. Her current research examines the impact of immigration and education policies like financial aid, school funding, Immigration raids on the college readiness, enrollment, and attainment of immigrants. Ann received a master’s degree in Public and International Affairs from the University of Lagos, Nigeria and has a B.A in French Language from the University of Benin, Nigeria. During the last academic year, Ann served as the Assistant Director of Fundraising to GPC. Ann also serves as the secretary of the African Graduate and Professional Student Association (AGPSA) in Mizzou. She looks forward to ensuring increased participation of graduate and professional students in professional development events tailored to their diverse needs. 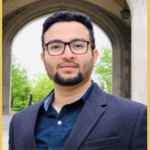 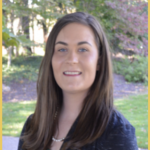 Shannon King is a Ph.D. Candidate in the Department of Biochemistry.  She received her B.S. in Chemistry with an emphasis in Biochemistry with a minor in Agronomy from Northwest Missouri State University.  Shannon works as a member of a large interdisciplinary team working to understand how corn roots grow during drought conditions.  Her research specifically looks at how these roots grow in real-world field conditions.  Shannon also serves as the Biochemistry Graduate Student Organization’s (BGSO) Treasurer, Interdisciplinary Plant Group – Student PostDoc Organization (IPG-SPO)  Secretary and the NWMSU Sigma Alpha Alumni Chapter President. 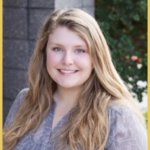 Ryleigh Murray is a masters candidate in the Truman School of Public Affairs focusing on disability policy.  Ryleigh’s research focus is on inclusion, diversity and equity; specifically as it pertains to individuals living with a dis/ability. Ryleigh received her B.S. in Educational Disability and Family Advocacy with a minor in Disability Studies from Missouri State University in 2018. In addition to her duties as GPC National Affairs Director, Ryleigh serves on multiple committees at Mizzou advocating for students with disabilities and speaks around the country as a patient advocate and educational speaker for the Crohn’s and Colitis Foundation. 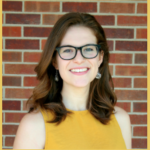 Molly Frank is a part-time M.Ed student in Educational Leadership and Policy Analysis. She also works for Mizzou’s Division of Student Affairs, in co-curricular assessment and strategic initiatives. Molly was born and raised in the Kansas City area and received her B.A. in International Studies from Loyola University Chicago in 2017. During the last academic year, she served as the GPC Assistant Director for Legislative Affairs. She is committed to advocating for graduate and professional student interests at the state and local levels, as well as encouraging graduate student participation the political process. 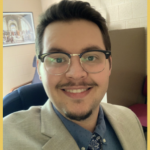